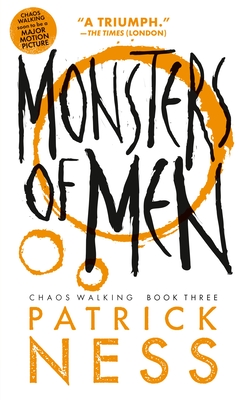 The riveting Chaos Walking trilogy by two-time Carnegie Medalist Patrick Ness, reissued with compelling covers — and a bonus short story in each book.

“This is science fiction at its best, and is a singular fusion of brutality and idealism that is, at last, perfectly human.” — Booklist (starred review)

With its dark tone, violence and readerly fanaticism the book belongs firmly beside Suzanne Collins's work.
—The Wall Street Journal

The Chaos Walking trilogy is genuinely imaginative dealing as much with questions of privacy and information overload as it does with the more self evident subject of war (The New World’s great menace is a germ that makes men s thoughts audible and visible.) Young adult readers should definitely start with the first two volumes before tackling the third, and, I’m afraid, shouldn’t expect to get much sleep until they’ve turned the final page.
—The Wall Street Journal