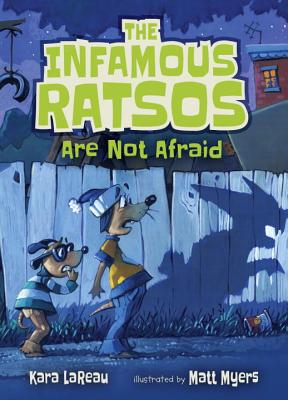 The Infamous Ratsos Are Not Afraid (Hardcover)

Matt Myers is the illustrator of E-I-E-I-O: How Old MacDonald Got His Farm with a Little Help from a Hen by Judy Sierra, and Pirate’s Perfect Pet by Beth Ferry, as well as many other books for young readers. Matt Myers lives in Charlotte, North Carolina.