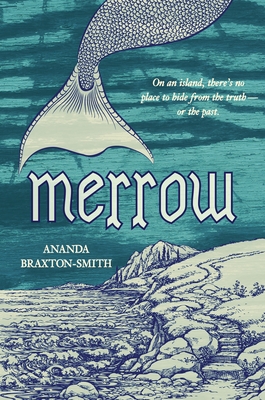 In this breathless and beautifully crafted tale, twelve-year-old Neen Marrey must separate town gossip from town lore to learn the truth about her mother—and herself.

The people of Carrick Island have been whispering behind Neen’s back ever since her father drowned and her mother disappeared. The townspeople say her mother was a merrow and has returned to the ocean. Neen, caught in her hazy new in-between self—not a child, but not quite grown up—can’t help but wonder if the villagers are right. But if her mother was a merrow, then what does that make Neen?

Though she sprinkles her account with Manx, Neen's no tour guide to the Middle Ages but an authentic Everyteen whose hard, beautiful world readers will recognize. A sparkling paean to the stories we tell—plain and embroidered, fantastical, amazing, true—that get us through the night.
—Kirkus Reviews (starred review)

Lush with dazzling detail—from the silky swells of the Irish Seato purring honeyed hives—Marrey Cove thrums with life. Neen’s narrative, crackling with memories, folklore, and flashes of humor, earnestly confronts both the secrets we keep and the truths we seek. A singular story about the singularity of stories—entrancing and extraordinary.
—Booklist (starred review)

The author has done detailed research on the customs and language of Carrick, and this novel perfectly captures the harshness and beauty of that culture. This exquisitely told work examines the power of stories and how a well-told tale can transcend truth and history. Readers will want to curl up at the feet of this narrator and listen to her spellbinding account.
—School Library Journal (starred review)

This quiet, introspective novel from Australian writer Braxton-Smith sparkles with lingering imagery and expressive writing. Readers will be easily drawn into Neen’s determined efforts to piece together a true understanding of the mother she barely knew, whose story has been muddied by the unkind stories and rumors shared by locals.
—Publishers Weekly (starred review)

This book is an homage to the tales we tell—fantastical, mysterious, and heart-felt. Hand this to a student who is fascinated with mermaids and trying to decipher the line between what is real and what is not.
—School Library Connection

Eerily haunting in plot and theme, this will please fans of Brooks’ Selkie Girl
—Bulletin of the Center for Children's Books

Neen’s forthrightness, her precise, pungent way with words (“[The sun] had no pity, and under its rays all the dead of last night’s great tide had shriveled to black guts and silvery-fine fish leather. The stink of them seemed to walk abroad like it was its own creature”), intensifies our sense of the grumpy obsessiveness of her adolescent restlessness. A vital, surprising tale, in which description itself is full of passion.
—Horn Book

Merrow is like the tide pools it describes in such gorgeous detail, every crevice offers a new surprise. A salty, exquisitely written exploration of identity.
—Shelf Awareness for Readers

Ananda Braxton-Smith is a journalist and author. Merrow is her first book with Candlewick Press. She lives in Australia.
Loading...
or support indie stores by buying on
(This book is on backorder)