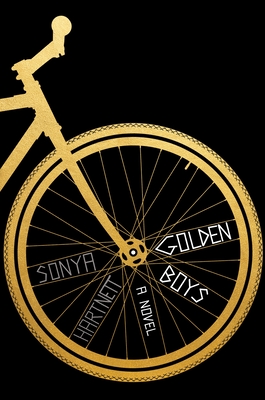 Colt Jenson and his younger brother, Bastian, have moved to a new, working-class suburb. The Jensons are different. Their father, Rex, showers them with gifts — toys, bikes, all that glitters most — and makes them the envy of the neighborhood. To the local kids, the Jensons are a family out of a movie, and Rex a hero — successful, attentive, attractive, always there to lend a hand. But to Colt he's an impossible figure: unbearable, suffocating. Has Colt got Rex wrong, or has he seen something in his father that will destroy their fragile new lives? This brilliant and unflinching novel reveals internationally acclaimed author Sonya Hartnett at her most intriguing and psychologically complex.

Hartnett spins her tale with stunning subtlety, building tension in tiny doses with measured sentences and potent metaphors. Rex’s keening voice is “the frustrated sound of a night-hunting animal or accused prince,” while Freya’s father’s anger is “a quicksandy pit.” With the exception of Freya’s father’s drunken rages, the action is surprisingly mundane, nothing more than a bike ride, a conversation over tea, or scuffle between boys, but Hartnett teases so much from those minuscule moments that they spill over with a low-level, snowballing thrum of imminent violence and heartbreaking significance. Astoundingly brilliant.
—Booklist (starred review)

Writing in an Australian vernacular and alternating among the perspectives of Colt, Freya, and Syd, Hartnett (Butterfly) skillfully weaves metaphors and foreshadowing into her affecting prose, such as Freya’s view of the world as a castle to explore, and her darker vision of a haunting yellow-eyed monster. Hartnett’s examination of different forms of physical, emotional, and psychological abuse is an unsettling, often brutal must-read.
—Publishers Weekly (starred review)

Hartnett's mesmerizing story, told in shifting perspectives, begins with the "golden boys," 12-year-old Colt and his younger brother Bastian, sons of the movie-star-handsome, yet unsettlingly "try-hard" dentist Rex Jenson...Although there is some action—rambling bike rides, scrapes with a bully, a father's drunken rampages and grisly moments aplenty—the brilliantly expressed private thoughts of Colt and neighbor-girl Freya are what really propel this literary novel. As the salty, credible Aussie banter keeps the brutal narrative buoyant, Golden Boys dazzlingly reflects the ferocity, rage, dread, shame, guilt and dark understanding with which children view the flawed adults around them.
—Shelf Awareness for Readers (starred review)

Hartnett’s writing hums with intelligence as the third-person narration focalizes through the various child characters, following them as they begin to see their domestic worlds anew...Readers starting to see through to the many falsehoods of the adult realm will appreciate the realism and the sophisticated subtextual work, and there are curricular opportunities aplenty for discussion here.
—Bulletin of the Center for Children's Books (starred review)

The menacing dynamics present in so many of the relationships are persistently disquieting but also authentic, and a tone of dread pervades...Sophisticated teen readers will be wowed by this gorgeous, tension-filled novel...
—Kirkus Reviews

The kids in the book face alcoholic parents, neglectful parents, parents that look the other way, and pedophiles. The neighborhood kids refuse to remain silent about their abusive parents, and additional conflicts arise. The book’s ending is not sugar-coated—life simply marches forward. Multiple perspectives make this a well-rounded read for teens interested in realistic drama.
—VOYA

The lyrical nature of the writing coupled with the Australian terminology and difficult themes are suitable for sophisticated readers only. Young people who struggle with tough family situations will likely find this book rings true.
—School Library Connection

Sonya Hartnett is the award-winning author of many novels for teens, including Thursday’s Child, What the Birds See, Stripes of the Sidestep Wolf, The Ghost’s Child, Butterfly, and the Michael L. Printz Honor Book Surrender, as well as a number of books for younger readers. In 2008, Sonya Hartnett was awarded the prestigious Astrid Lindgren Memorial Award for her body of work. She lives in Australia.
Loading...
or support indie stores by buying on