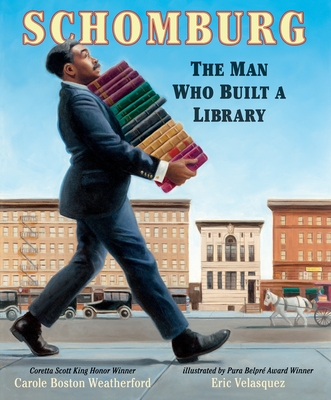 
Eric Velasquez is the illustrator of numerous books for children, including several previous collaborations with Carole Boston Weatherford. He won the John Steptoe New Talent Illustrator Award for his illustrations of The Piano Man, written by Debbi Chocolate. Eric Velasquez is also the author-illustrator of the Pura Belpré Illustrator Award–winning Grandma’s Gift. Born in Harlem, he lives and works in Hartsdale, New York.
Loading...
or support indie stores by buying on