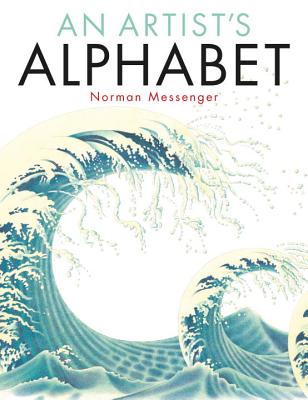 Readers will be mesmerized by these surreal and gorgeously rendered alphabet letters, cleverly shaped from flora, fauna, and more.

At first glance, this elegant alphabet book showcasing both upper- and lowercase letters seems to follow a familiar formula. There’s an acrobat standing atop a horse to form a big letter A and another curled under herself to make a small one. There’s a colony of beetles attached to the leaves they’ve munched, creating a big and a small letter B. But then comes the letter C, made of sea waves evoking the artist Hokusai. Or a lowercase I in the form of a pen that has left an ink smudge, or two kingly beasts that create the letter K. And what of the many letters, equally fantastical and fascinating, whose associations are left to the viewers’ imaginations? Ingenious and intriguing, beautiful and full of stunning detail, this is an alphabet book sure to invite many repeat explorations.

Praise For An Artist's Alphabet…

While parents puzzle over the meanings, small children will be tracing the curious shapes with their fingers—just as they ought to learn their letters.
—The Wall Street Journal

Norman Messenger is the author-illustrator of Imagine and The Land of Neverbelieve, among other books. A highly regarded illustrator, he is a founding member of the Association of Illustrators in Great Britain, where he lives.
Loading...
or support indie stores by buying on