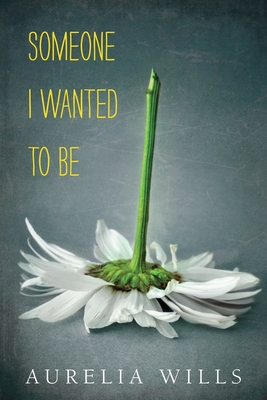 Someone I Wanted to Be

When an insecure teen starts impersonating someone else, her life spirals dangerously out of control in a realistic, relatable novel about finding yourself—and discovering your true friends.

Leah Lobermier dreams of becoming a doctor, but it’s hard to stay focused on getting good grades when boys make oinking sounds at her in school and her mother spends every night on the couch with a bottle of wine. Leah’s skinny and popular “friends," Kristy and Corinne, aren’t much better and can hardly be counted on for support. When the girls convince a handsome older man to buy them beer, Leah takes his phone number and calls him, pretending to be Kristy—coy and confident—and they develop a relationship, talking and texting day after day. But as the lie she created grows beyond her control, can Leah put a stop to things before she—or Kristy—is seriously hurt?

Praise For Someone I Wanted to Be…

Wills’s first novel is a realistic portrayal of small-town life, friendship feuds, family issues, and relationships gone wrong...The blend of danger, romance, and family and relationship issues makes for an ultimately satisfying read. With frenemies and intrigue, new friends, strong characters, and a well-developed plot, this is a worthwhile purchase.
—School Library Journal

In a promising debut, Wills brings all manner of flawed characters to life as 16-year-old Leah Lobermeir relates her journey from being the helpless butt of fat jokes into someone slightly less vulnerable...For readers of realistic fiction, Leah's distinctive voice is spot on.
—School Library Connection

Someone I Wanted to Be tells the story of a realistic character struggling with a bad self-image and feelings of low self-worth. Leah’s character transforms throughout the book as she begins to surround herself with other characters who see her value beyond her physical appearance...This novel will appeal to teens who enjoy gritty, realistic fiction authors similar to Ellen Hopkins.
—VOYA

Aurelia Wills is the author of several Pushcart Prize–nominated stories, which have been published in literary journals and an anthology. She lives in Saint Paul, Minnesota.
Loading...
or
Not Currently Available for Direct Purchase