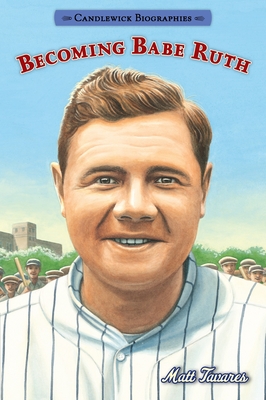 Before he becomes known as the Babe, George Herman Ruth is just a boy who lives in Baltimore and has a knack for getting into trouble. But when he turns seven, his father takes him to Saint Mary’s Industrial School for Boys, and his life is changed. Here, under the watchful eye of Brother Matthias, George evolves as an athlete and a man. With vivid illustrations and clear affection for his subject, Matt Tavares sheds light on an icon who learned early that life is what you make of it — and sends home a message about honoring the place you come from. Back matter includes an author’s note, Babe Ruth’s career statistics, and a bibliography.