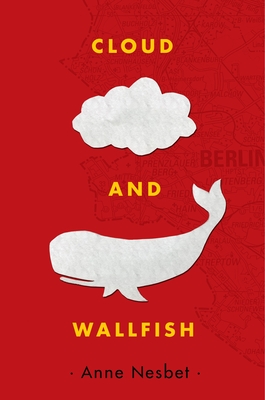 Slip behind the Iron Curtain into a world of smoke, secrets, and lies in this stunning novel where someone is always listening and nothing is as it seems.

Noah Keller has a pretty normal life, until one wild afternoon when his parents pick him up from school and head straight for the airport, telling him on the ride that his name isn’t really Noah and he didn’t really just turn eleven in March. And he can’t even ask them why — not because of his Astonishing Stutter, but because asking questions is against the newly instated rules. (Rule Number Two: Don’t talk about serious things indoors, because Rule Number One: They will always be listening). As Noah—now “Jonah Brown”—and his parents head behind the Iron Curtain into East Berlin, the rules and secrets begin to pile up so quickly that he can hardly keep track of the questions bubbling up inside him: Who, exactly, is listening — and why? When did his mother become fluent in so many languages? And what really happened to the parents of his only friend, Cloud-Claudia, the lonely girl who lives downstairs? In an intricately plotted novel full of espionage and intrigue, friendship and family, Anne Nesbet cracks history wide open and gets right to the heart of what it feels like to be an outsider in a world that’s impossible to understand.

Praise For Cloud and Wallfish…

In this atmospheric page-turner set just as the Iron Curtain begins to lift, Nesbet deftly ratchets up the tension, using a close third-person omniscient narration to keep readers experiencing one unnerving event after another, just as Noah does...This is edgy, dramatic, and emotionally rich historical fiction that provides a vivid look into an extraordinary moment in history.
—Horn Book (starred review)

[Nesbet's] author's note reveals the personal history behind the novel, suggesting a labor of love that does show in the carefully crafted details and effective scene-setting...Nesbet's detail-rich novel offers tenacious readers an interesting window into the fall of the Iron Curtain.
—Kirkus Reviews

Nesbet writes an interesting and nuanced narrative that weaves history, mystery, and friendship with enough action to keep readers engaged. A great choice for those looking for a thrilling historical fiction or coming-of-age tale.
—School Library Journal

Nesbet gives readers a glimpse into life behind the Iron Curtain...Noah’s friendship with his neighbor Claudia is genuinely touching, and some truly tense scenes unfold as secrets are revealed and readers witness events leading to the fall of the Berlin Wall.
—Booklist

Through Noah’s innocent but perceptive eyes, readers receive a first-hand look at this secretive and highly controlled world. Post-chapter “Secret Files” provide fascinating historical context, but the story’s heart lies in the friendship between Claudia and Noah, and in the lengths loved ones will go to in order to break down even the most formidable walls.
—Publishers Weekly

Nesbet cleverly contextualizes events via “Secret Files” ... that follow each chapter, drawing fact and fiction together into entertaining little bundles.
—Bulletin of the Center for Children's Books

Told from the perspective of an eleven-year-old, the sounds, sights, and smells of East Berlin come vividly to life...Jonah is both credible and endearing. Even when his parents are secretive, he attempts to do the right thing. Side bars list pertinent historical facts. This makes an enlightening and inspiring choice for classroom units or book discussions.
—VOYA

A brilliant novel of friendship that seamlessly blends history with mystery and suspense, Cloud and Wallfish is certain to expand readers' perspective on multiple levels.
—Day (syndicated from Kendal Rautzhan "Books to Borrow")

Anne Nesbet is the author of the novels The Cabinet of Earths, A Box of Gargoyles, and The Wrinkled Crown. Her books have received starred reviews and have been selected for the Kids’ Indie Next List, Chicago Public Library’s Best of the Best list, and the Bank Street College Best Children’s Books of the Year list. An associate professor at the University of California, Berkeley, Anne Nesbet lives with her family in the San Francisco Bay Area.
Loading...
or support indie stores by buying on