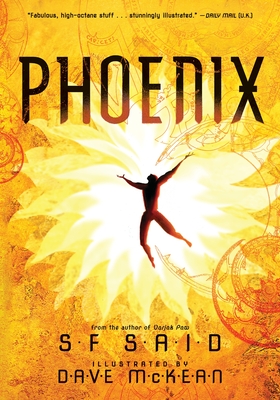 A boy with unprecedented power must turn to the terrifying Alien enemies of humanity to discover his true nature and bring peace to a galaxy at war.

Lucky lives a relatively normal life on a remote moon of the planet Aries One, safe from the turmoil and devastation of the interstellar war between Humans and Aliens. Lucky has seen images of the horned, cloven-hooved Aliens before, but he’s never seen one up close. Then one night, he dreams that the stars are singing to him—and wakes to evidence suggesting that he is not so normal after all. When Lucky’s mother sacrifices herself to help him escape an elite Human military force called the Shadow Guards, he must rely on the Alien crew of a ramshackle starship, where he finds that humanity’s deadly enemies seem surprisingly Human up close. In fact, they may be more Human than Lucky himself, who has a dangerous power that could change the course of the war and the fate of the galaxy—if he can learn how to use it. Star Wars fans seeking another saga to love need look no further than this epic middle-grade adventure from SF Said, illustrated by Dave McKean with remarkable white-on-black spacescapes.

An astrological twist on an age-old story; the echoes of Star Wars, The Golden Compass and A Wrinkle in Time should win it fans.
—Kirkus Reviews

As the characters travel, revelations old and new slowly unravel and the secrets of Lucky’s own past untangle...For patient sci-fi fans searching for new characters in a unique world.
—School Library Journal

The narrative and evocative artwork come together to form an inspirational tale of embracing empathy and fighting despair, couched in a familiar “chosen-one” arc, that works both as an allegory and a straightforward adventure. McKean’s stylized illustrations add to the mythic tone of Lucky’s transformative experience.
—Booklist Online

This is a sweeping, startling book about a kid who is meant for things he could never have imagined.
—Bulletin of the Center for Children's Books

A well-crafted science fiction novel, Said takes the reader on an identity quest while packing in action and adventure. The world-building is seamless and integrates perfectly with the story...Similar to Fonda Lee’s Zeroboxer, science fiction fans and those who enjoy action novels will devour this book with fantastic artwork. Recommend it to most readers, as they are bound to discover something they like about this galactic adventure.
—VOYA

SF Said is the Nestlé Smarties Book Prize–winning author of Varjak Paw. He was born in Lebanon in 1967, but has lived in London since he was two years old.

Dave McKean is a world-renowned artist, designer, and film director who has illustrated several books for children, including Coraline by Neil Gaiman, The Savage by David Almond, and Varjak Paw by SF Said. Dave McKean lives in England.
Loading...
or
Not Currently Available for Direct Purchase