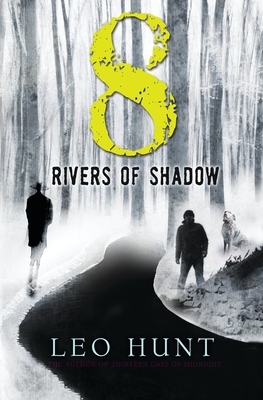 In a high-stakes sequel, reluctant necromancer Luke Manchett must call upon the most wicked and eerie ghosts of his dispelled Host to save two innocent souls.

It’s been a few months since Luke Manchett inherited a Host of eight hostile spirits from his dead father and made a deal with the devil to banish them. Luke’s doing his best to blend in to the background of high school, to ignore the haunting dreams spawned by his father’s Book of Eight, and to enjoy the one good thing to come from the whole mess: his girlfriend, Elza. And then it all begins again. Ash, a strange new girl with stark white hair, requests his help—and his Book of Eight—to save her twin sister, who was attacked by a demon. Ash knows a lot more about necromancy than Luke and seems to know what she’s doing, but can she be trusted? As Luke is drawn into a spiral of ever more dangerous favors, he finds himself not only summoning the deadliest members of his father’s Host, but returning to Deadside in a terrifying quest to save what he holds dearest—or die trying.

Leo Hunt wrote his first book, Thirteen Days of Midnight, in his first year of college and signed with an agent the following year. He lives in northeast England.

Praise For Eight Rivers of Shadow…

Hunt writes nicely effective horror, balancing the normal teen lives of his characters (most presumably white) against their supernatural adventures. As in the previous book, Luke's time spent inhabiting Ham's mind is a highlight. Whopping good suspense in the netherworld.
—Kirkus Reviews

As dark and witty as the first work in the series, this sequel is a perfect follow-up to 13 Days of Midnight...The characterization of the teens, combined with a quick pace and a betrayal- and revenge-driven plot, speeds the work along to a satisfying if somewhat sad conclusion. But a few unresolved loose ends will leave readers sincerely hoping for another installment. Those already familiar with Luke, Elza, and the spirits of the banished Host will not be disappointed in this new adventure.
—School Library Journal

Steeped in the macabre, 8 Rivers of Shadow pulls from a variety of dark lore and myth to create mystical horror backdrop...demons and spirits, like The Shepherd, The Widow, and The Fury, are easy to visualize and sympathize with despite their various circumstances.
—VOYA

Despite Luke’s previous ordeal, he begins this book with naiveté and even optimism, but his experiences here—coupled with the insights of the dead and the desperate living—show him some harsh truths about life and him- self. Even when Luke is making decisions that are questionable (which he usually admits: “It’s the stupidest plan I’ve ever made, but I don’t see another option”) or downright disastrous, his good-heartedness and self-deprecating humor will keep readers rooting for him.
—Horn Book
or
Not Currently Available for Direct Purchase
Copyright © 2020 American Booksellers Association