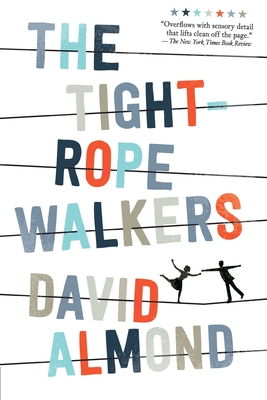 “The interplay between the characters and their environments results in a stunningly human and humanizing story. This is by far Almond’s best work to date.” — Bulletin of the Center for Children’s Books (starred review)

A gentle visionary coming of age in the shadow of the shipyards of northern England, Dominic Hall is torn between extremes. He craves the freedom he feels when he balances above the earth on a makeshift tightrope with the eccentric girl artist next door, Holly Stroud—his first and abiding love. Yet he also finds himself drawn to the brutal charms of Vincent McAlinden, a complex bully who awakens something wild and reckless and killing in Dom. In a raw and beautifully crafted bildungsroman, David Almond reveals the rich inner world of a boy teetering on the edge of manhood.