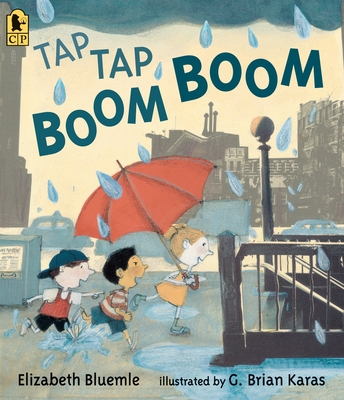 The clouds are gathering above a city street and soon — tap, tap, boom, boom! As a thunderstorm rolls in, people of all stripes race to get away from the crackling rain and wind. With quirky wordplay and infectious rhymes, Elizabeth Bluemle crystallizes an unexpected moment of community, while G. Brian Karas’s warm illustrations show the smiles to be had when a storm brings strangers together as friends.