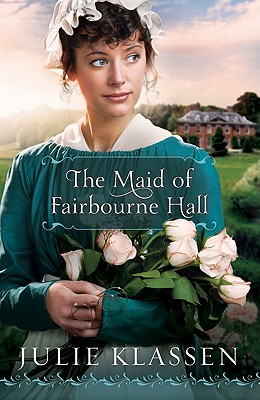 The Maid of Fairbourne Hall

Pampered Margaret Macy flees London in disguise to escape pressure to marry a dishonorable man. With no money and nowhere else to go, she takes a position as a housemaid in the home of Nathaniel Upchurch, a suitor she once rejected in hopes of winning his dashing brother. Praying no one will recognize her, Margaret fumbles through the first real work of her life. If she can last until her next birthday, she will gain an inheritance from a spinster aunt--and sweet independence. But can she remain hidden as a servant even when prying eyes visit Fairbourne Hall?

Observing both brothers as an "invisible" servant, Margaret learns she may have misjudged Nathaniel. Is it too late to rekindle his admiration? And when one of the family is nearly killed, Margaret alone discovers who was responsible. Should she come forward, even at the risk of her reputation and perhaps her life? And can she avoid an obvious trap meant to force her from hiding?

On her journey from wellborn lady to servant to uncertain future, Margaret must learn to look past appearances and find the true meaning of "serve one another in love.

Julie Klassen loves all things Jane--Jane Eyre and Jane Austen. She won a 2010 Christy Award, a 2011 Midwest Book Award, and was a finalist at the 2010 RITA Awards. Julie is a graduate of the University of Illinois. She and her husband have two sons and live in St. Paul, Minnesota.
Loading...
or support indie stores by buying on