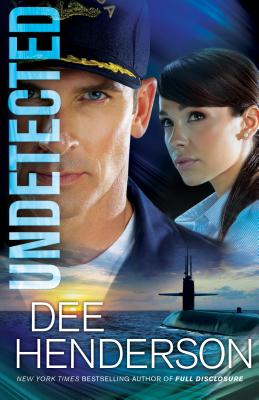 When asked what he does for a living . . .
Commander Mark Bishop is deliberately low-key: "I'm in the Navy." But commanding the ballistic missile submarine USS "Nevada," keeping her crew trained and alert during ninety-day submerged patrols, and being prepared to launch weapons on valid presidential orders, carries a burden of command like few other jobs in the military. Mark Bishop is a man who accepts that responsibility, and handles it well. And at a time when tensions are escalating around the Pacific Rim, the Navy is glad to have him.
Mark wants someone to come home to after sea patrols. The woman he has in mind is young, with a lovely smile, and "very" smart. She's a civilian, yet she understands the U.S. Navy culture. And he has a strong sense that life with her would never be boring. But she may be too deep in her work to see the potential in a relationship with him.
Gina Gray would love to be married. She has always envisioned her life that way. A breakup she didn't see coming, though, has her focusing all her attention on what she does best--ocean science research. She's on the cusp of a major breakthrough, and she needs Mark Bishop's perspective and help. Because what she told the Navy she's figured out is only the beginning. If she's right, submarine warfare is about to enter a new and dangerous chapter.

Dee Henderson is the author of nineteen novels, including "Unspoken," the novella "Jennifer: An O'Malley Love Story," "New York Times" bestseller "Full Disclosure," the acclaimed O'Malley series, and the Uncommon Heroes series. Her books have won or been nominated for several prestigious industry awards, such as the RITA Award, the Christy Award, and the ECPA Gold Medallion. Dee is a lifelong resident of Illinois. Learn more at www.deehenderson.com.
or
Not Currently Available for Direct Purchase
Copyright © 2020 American Booksellers Association