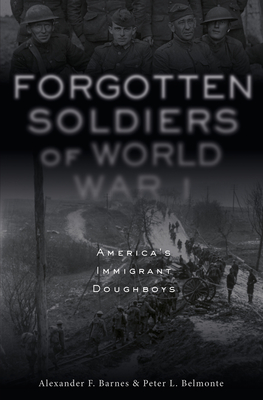 This book covers the entire spectrum of military service during World War I. It gives examples, including many photographs, from almost every ethnic and national group in the United States during this time. Including draft registration, induction and training, stateside service, overseas service, combat, return home, and discharge, learn the history of America's foreign-born soldiers during World War I and how they adapted to military service to become part of the successful American Expeditionary Forces.

Alexander F. Barnes served in the Marine Corps and Army National Guard, retiring as a Warrant Officer. He retired as an Army civilian in 2015, and is currently the Virginia National Guard Command Historian. He holds a master's degree in anthropology and has authored four other books for Schiffer. Peter L. Belmonte is a retired US Air Force officer and freelance historian. A veteran of Operation Desert Storm, he holds a master's degree in history from California State University, Stanislaus. This is his second book published by Schiffer.
or
Not Currently Available for Direct Purchase
Copyright © 2020 American Booksellers Association