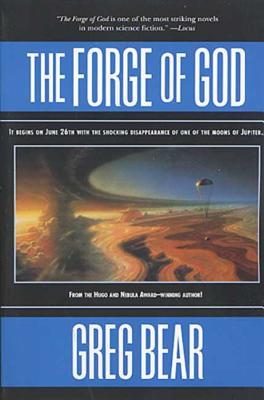 The Forge of God

The Forge of God by Greg Bear

On October 1st, the government of Australia announces the discovery of an enormous granite mountain. Like the cinder cone, it wasn't there six months ago....

Something is happening to Planet Earth, and the truth is too terrifying to consider....


Praise For The Forge of God…

“It is the best end of the world we will see for a long time.” —John Clute, New Scientist

“Bear's best novel and is certainly one of the best long works of science fiction I have read this year.” —San Diego Union