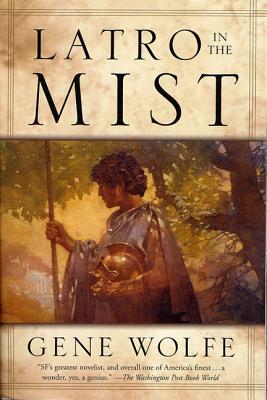 Latro in the Mist

A distinguished compilation of two classic fantasy novels, Soldier of the Mist and Soldier of Areté, in one volume

This omnibus of two acclaimed novels is the story of Latro, a Roman mercenary who while fighting in Greece received a head injury that deprived him of his short-term memory but gave him in return the ability to see and converse with the supernatural creatures and the gods and goddesses, who invisibly inhabit the ancient landscape. Latro forgets everything when he sleeps. Writing down his experiences every day and reading his journal anew each morning gives him a poignantly tenuous hold on himself, but his story's hold on readers is powerful indeed, and many consider these Wolfe's best books.


Praise For Latro in the Mist: Soldier of the Mist and Soldier of Areté…

“SF's greatest novelist, and overall one of America's finest. . . a wonder, yes, a genius.” —The Washington Post Book World