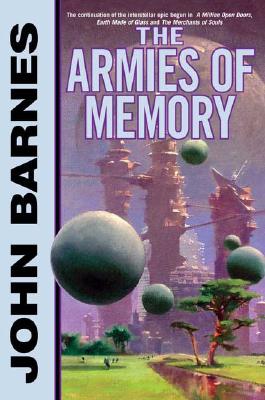 The Armies of Memory

Giraut Leones, special agent for the human Thousand Cultures' shadowy Office of Special Plans, is turning fifty--and someone is trying to kill him.

Giraut's had a long career; the number of entities that might want him dead is effectively limitless. But recently Giraut was approached by the Lost Legion, an Occitan underground linked to an alliance of illegally human-settled worlds beyond the frontier. Also, it turns out that the Lost Legion colony has a "psypyx" --a consciousness-recording--of Shan, onetime boss of the Office of Special Plans. If they have that, they have literally thousands of devastating secrets.

Now, returning to his native Nou Occitan, Giraut will encounter violence and treachery from human and artificial consciousnesses alike. As bigotry and mob violence erupt throughout the rapidly destabilizing interstellar situation, Giraut will be called on the make the ultimate sacrifice, for the sake of civilization itself…

Praise For The Armies of Memory…

"A master of the genre." --Arthur C. Clarke on John Barnes

"John Barnes knows how to make readers care...Barnes combines philosophical speculation, high-speed action, and character development in a way that is the hallmark of a master." --Los Angeles Reader on A Million Open Doors

"Masterful." --Publishers Weekly on Earth Made of Glass

"First-rate." --Library Journal on Earth Made of Glass

John Barnes is the award-winning author of many SF novels, including "Orbital Resonance, A Million Open Doors, and The Sky So Big and Black. "With Buzz Aldrin, he wrote "Encounter with Tiber "and "The Return. "He lives in Colorado.
Loading...
or
Not Currently Available for Direct Purchase