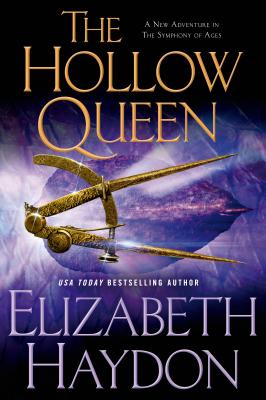 The Symphony of Ages

Acclaimed author Elizabeth Haydon returns with a heartbreaking tale of love and valor in The Hollow Queen, the eighth installment of her USA Today bestselling Symphony of Ages series that began with Rhapsody.

Beset on all sides by the forces of the merchant emperor Talquist, the Cymrian Alliance finds itself in desperate straits. Rhapsody herself has joined the battle, wielding the Daystar Clarion, leaving her True Name in hiding with her infant son. Ashe tries to enlist the aid of the Sea Mages. Within their Citadel of Scholarship lies the White Ivory tower, a spire that could hold the key to unraveling the full extent of Talquist's machinations. Achmed journeys to the reportedly unassailable palace of Jierna Tal, to kill emperor Talquist—all the while knowing that even if he succeeds, it may not be enough to stop the momentum of the war.

As they struggle to untangle the web of Talquist's treachery, the leaders of the Cymrian alliance are met with obstacles at every turn. Rhapsody soon realizes that the end of this war will come at an unimaginable price: the lives of those she holds dearest.


Praise For The Hollow Queen: The Symphony of Ages…

“Haydon's long-awaited return to her Symphony of Ages series is a brilliant tapestry of familial sacrifice and adversity in a land of music and dragons… With taut plotting and unforgettable characters, Haydon's latest will easily enchant new readers.” —Publishers Weekly, starred review, on The Merchant Emperor

“A story that's both grand and intimate but never predictable... Haydon moves all the pieces into place for the next volume.” —Publishers Weekly, starred review, on The Assassin King

“One of the finest high fantasy debuts in years.” —Publishers Weekly, starred review, on Rhapsody