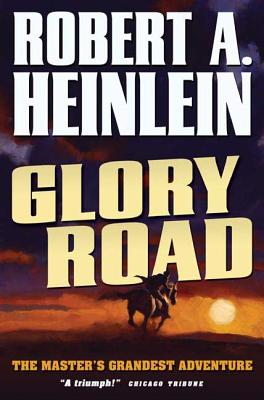 E. C. "Scar" Gordon was on the French Riviera recovering from a tour of combat in Southeast Asia , but he hadn't given up his habit of scanning the Personals in the newspaper. One ad in particular leapt out at him:

"ARE YOU A COWARD? This is not for you. We badly need a brave man. He must be 23 to 25 years old, in perfect health, at least six feet tall, weigh about 190 pounds, fluent English, with some French, proficient in all weapons, some knowledge of engineering and mathematics essential, willing to travel, no family or emotional ties, indomitably courageous and handsome of face and figure. Permanent employment, very high pay, glorious adventure, great danger. You must apply in person, rue Dante, Nice, 2me étage, apt. D."

How could you not answer an ad like that, especially when it seemed to describe you perfectly? Well, except maybe for the "handsome" part, but that was in the eye of the beholder anyway. So he went to that apartment and was greeted by the most beautiful woman he'd ever met. She seemed to have many names, but agreed he could call her "Star." A pretty appropriate name, as it turned out, for the empress of twenty universes.

Robert A. Heinlein's one true fantasy novel, Glory Road is as much fun today as when he wrote it after Stranger in a Strange Land. Heinlein proves himself as adept with sword and sorcery as with rockets and slide rules and the result is exciting, satirical, fast-paced, funny and tremendously readable -- a favorite of all who have read it. Glory Road is a masterpiece of escapist entertainment with a typically Heinleinian sting in its tail. Tor is proud to return this all-time classic to hardcover to be discovered by a new generation of readers.

Robert A. Heinlein (1907-1988) is widely acknowledged to be the most important and influential American science fiction author of the twentieth century. He won science fiction's Hugo Award for Best Novel four times, and in addition, three of his novels were given Retrospective Hugos fifty years after publication. He won Science Fiction Writers of America's first Grand Master Award for his lifetime achievement. Born in Butler, Missouri, Heinlein graduated from the United States Naval Academy and served as an officer in the navy for five years. He started writing to help pay off his mortgage, and his first story was published in Astounding Science-Fiction magazine in 1939. In 1947, he published a story in The Saturday Evening Post, making him the first science-fiction writer to break into the mainstream market. Long involved in politics, Heinlein was deeply affected by events such as the bombing of Hiroshima and Nagasaki and the Cold War, and his fiction tended to convey strong social and political messages. His many influential novels include Starship Troopers, Stranger in a Strange Land, The Moon Is a Harsh Mistress, and Time Enough for Love.
Loading...
or support indie stores by buying on