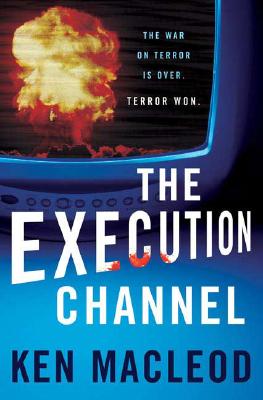 It's after 9/11. After the bombing. After the Iraq war. After 7/7. After the Iran war. After the nukes. After the flu. After the Straits. After Rosyth. In a world just down the road from our own, on-line bloggers vie with old-line political operatives and new-style police to determine just where reality lies.

James Travis is a British patriot and a French spy. On the day the Big One hits, Travis and his daughter must strive to make sense of the nuclear bombing of Scotland and the political repercussions of a series of terrorist attacks. With the information war in full swing, the only truth they have is what they're able to see with their own eyes. They know that everything else is--or may be--a lie.


Praise For The Execution Channel…

"Ken MacLeod's novels are fast, funny and sophisticated. There can never be enough books like these."
--Kim Stanley Robinson

Ken MacLeod is the author of many acclaimed SF novels, including "The Stone Canal, The Cassini Division," and "Newton's Wake." His latest novel, "Learning the World," won the Prometheus Award (his third) and was a finalist for the Hugo Award. He lives with his family near Edinburgh, Scotland.
Loading...
or
Not Currently Available for Direct Purchase