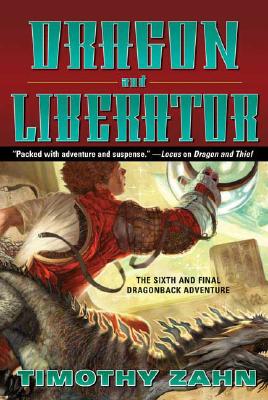 In this exciting space adventure, fourteen-year-old Jack Morgan and Draycos, a poet/warrior K'da dragon who can hide himself as a tattoo on Jack's back, have their backs to the wall. Brought together by a twist of fate, these two have been through a lot of scrapes, risking death and imprisonment on worlds far and wide, seeking justice for Jack and information that might save Draycos's people from a genocidal ambush. But now, Neverlin, the man who killed Jack's parents and destroyed the scout fleet of which Draycos was the sole survivor, is about to ambush millions of K'da refugees, and kill them with a Death weapon that kills any living being within its range. To prevent Neverlin from eradicating the K'da race, Jack and Draycos must somehow disable the Death.

But for Jack and Draycos, things never seem to go the way they should. When Jack's friend Alison is captured, Jack gives himself up to keep her from being harmed. Neverlin, with Jack and Draycos as his prisoners, holds all the cards. But desperate times call for desperate measures, as time is running out, not just for our young heroes, but also for the millions of K'da who face annihilation, and resourceful Jack and his remarkable ally will fine a way . . . or die trying.

A powerful, thrilling conclusion to this terrific Young Adult six-book series. Fun for readers 10 and older.

Praise For Dragon and Liberator: The Sixth Dragonback Adventure…

“Tim Zahn is a master of tactics and puts his own edge on complex hard-SF thrillers.” —Kevin J. Anderson

“Zahn has always managed to tell an enthralling story in the past, and this one is no exception.” —Science Fiction Chronicle on Dragon and Slave

“This is a great read whatever your age.” — Science Fiction Chronicle on Dragon and Soldier

“These are good, old-fashioned, SF thrillers aimed at teenagers but recommended to readers of all ages looking for a fast, suspenseful romp.” —Vector on the Dragonback Series

Timothy Zahn is the Hugo Award-winning author of more than thirty SF novels, including the first five Dragonback novels, as well as "Night Train to Rigel, The Third Lynx, "and" Blackcollar: The Judas Solution." He has also written the all-time bestselling Star Wars spinoff novel, "Heir to the Empire," and other Star Wars novels, including the recent "Allegiance." He lives in Oregon.
Loading...
or
Not Currently Available for Direct Purchase