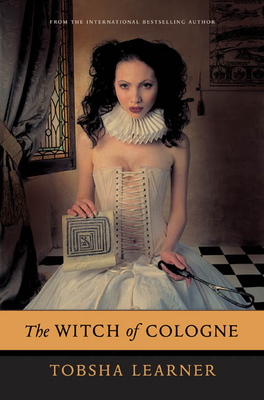 The Witch of Cologne

A Time of Peril

The Inquisitor, Carlos Vicente Solitario, charges a young Jewish midwife, Ruth bas Elazar Saul, with heresy. Ruth may be the daughter of the city's chief rabbi, but this is no protection against the Inquisition's accusations.

A Quest for Justice

Detlef von Tennen, nobleman and canon, cousin to the Archbishop, suspects that something other than religion drives Solitario to persecute Ruth. Determined to ensure that justice is done, Detlef joins the investigation-and finds his passions fully aroused by Ruth's impressive intelligence and darkly exotic beauty.

All her life, Ruth bas Elazar Saul has thirsted for knowledge, despite the price she paid by concealing her gender and being cast out of her father's house. Her faith sustained her through all, even the attentions of the Inquisition. Then, in the very heart of danger, God blessed her with the greatest love she had ever known.


Praise For The Witch of Cologne…

“An historical romance that transcends its genre with meticulous attention to detail and wonderful visual sense.” —Vogue (Australia)

“If you like juicy historical novels with richly-drawn Jewish characters living interesting lives, then this is a novel you must read. [The] characters, both Jewish and Christian, are surprising in their depth of personality and by their believability. The story is a real page turner. Ruth is noble and honest; a modern woman set in a far-off time.” —Australian Jewish News

“Like a tapestry, the setting is meticulously detailed [and] carefully woven. Learner has a rich historical palette to play with and uses it to create a plot that gains pace as it progresses. The novel will appeal to reader who delight in the worlds conjured in Anne Rice's dark historical romances. Like Rice, Learner writes with a leaning toward eroticism.” —Australian Bookseller & Publisher

Originally from London, where she trained to be a sculptor, Tobsha Learner has lived in the United States and Australia. She is the author of Soul and The Witch of Cologne, among other books.

What was the prevalence of Kabbalah in 17th century midwifery?

In 2004, France banned students from wearing religious symbols such as headscarves, yarmulkes, and large crosses in public schools. What paral­lels can be drawn between this action and the restrictions imposed on the Jewish community in Germany in the 1660s and the 1930s?

Many people believe in ancient superstitions. “Touching wood” wards off evil and spilling salt is unlucky. Some use talismans or light candles to protect themselves or their families. How can these beliefs co-exist with a scientific view of the universe?

The Witch of Cologne is set during the early years of what came to be known as the Age of Enlightenment. However, this was also a time of superstition and hypocrisy. How does this tension play out in the novel?

Ruth bas Elazar Saul has been described as “a woman before her time” and “a potent mix of the old and the new.” How does her character explore these ideas?

What kind of power was available to women in the 17th century? Dis­cuss how Ruth uses power within and outside the system of her time and faith.

During the dawn of the Age of Enlightenment, the relative values of religion and science were shifting within European culture. Some sug­gest that the beginning of the Twenty-First Century is seeing another significant alteration in the roles of scien

The Witch of Cologne is written in the present tense. Does the choice of tense affect the relationship between the reader and the text?

Religious law prohibits Jewish men from bearing arms. How did this affect relationships between the Jewish community and the larger world during the time of The Witch of Cologne? Do you think this restriction generated the sometimes widely-held belief that Jews were cowards? Did this restriction affect Jewish response to attacks in the Twentieth Century, like the pogroms in Russia or the Holocast? When should people ignore a religious proscription?