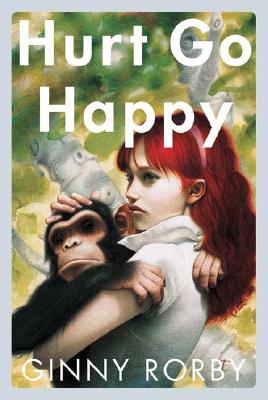 Thirteen-year-old Joey Willis is used to being left out of conversations. Though she's been deaf since the age of six, Joey's mother has never allowed her to learn sign language. She strains to read the lips of those around her, but often fails.

Everything changes when Joey meets Dr. Charles Mansell and his baby chimpanzee, Sukari. Her new friends use sign language to communicate, and Joey secretly begins to learn to sign. Spending time with Charlie and Sukari, Joey has never been happier. She even starts making friends at school for the first time. But as Joey's world blooms with possibilities, Charlie's and Sukari's choices begin to narrow--until Sukari's very survival is in doubt.

"Readers will dive right into this affecting first novel….Believable characters, convincingly portrayed relationships, a deeply moving plot and a wealth of intimate details…combine to make this debut a real winner."--Starred review, Publishers Weekly on Dolphin Sky

"[A] distinctive voice and well-developed characterization, a beautifully-evoked setting, and an emotionally satisfying conclusion."--Kirkus Reviews on Dolphin Sky

"The characters are sensitively drawn….the issue of animal rights is provocatively and emotionally discussed."--School Library Journal on Dolphin Sky

Ginny Rorby holds an undergraduate degree in biology from the University of Miami and an MFA in Creative Writing from Florida International University. Her young adult novel, " Dolphin Sky," was nominated for the Keystone Reading Award. Ginny Rorby is also co-director of the Mendocino Coast Writers Conference, now in its 15th year. She lives in Fort Bragg, California.
Loading...
or
Not Currently Available for Direct Purchase