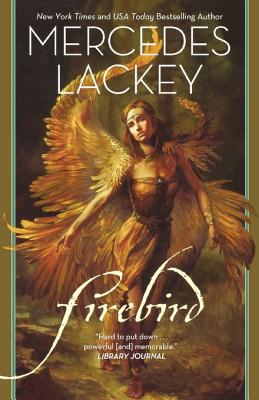 In Mercedes Lackey's Firebird, Ilya, son of a Russian prince, is largely ignored by his father and tormented by his larger, older brothers. His only friends are three old people: a priest, a magician, and a woman who toils in the palace dairy. From them Ilya learns faith, a smattering of magic, and the power of love--all of which he will need desperately, for his life is about to be turned upside-down.

The prince's magnificent cherry orchard is visited at midnight by the legendary Firebird, whose wings are made of flame. Ilya's brothers' attempts to capture the magical creature fail. When Ilya tries to catch the Firebird, he sees her as a beautiful woman and earns a magical gift: the speech of animals.

Banished, the young man journeys through a fantastical Russia full of magical mazes, enchanted creatures, and untold dangers. As happens in the best fairy tales, Ilya falls in love with an enchanted princess, but to win her freedom will be no easy task.

Praise For Firebird: A Novel…