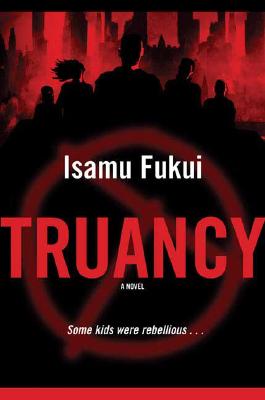 In an alternate world, in a nameless totalitarian city, the autocratic Mayor rules the school system with an iron fist, with the help of his Educators. Fighting against the Mayor and his repressive Educators is a group of former students called the Truancy, whose goal is to take down the system by any means possible--at any cost.

Against this backdrop, fifteen-year-old Tack is just trying to survive. His days are filled with sadistic teachers, unrelenting schoolwork, and indifferent parents. Things start to look up when he meets Umasi, a mysterious boy who runs a lemonade stand in an uninhabited district.

Then someone close to Tack gets killed in the crossfire between the Educators and the Truants, and Tack swears vengeance. To achieve his purpose, he abandons his old life and joins the Truancy. There, he confronts Zyid, an enigmatic leader with his own plans for Tack. But Tack soon finds himself torn between his desire for vengeance and his growing sympathy for the Truants....

Isamu Fukui wrote "Truancy" during the summer of his fifteenth year. The author's purpose is not just to entertain, but to make a statement about the futility of the endless cycle of violence in the world as well as the state of the educational system. And, as he put it, "I need to be in school myself if I want to write about it.

“Truancy is ‘Another Brick in the Wall’ for science fiction. Isamu Fukui delivers a well-written and passionate story somewhere between George Orwell and Pink Floyd.  His school system gone mad is described with both wit and anger—as if he’s been there himself.”—Kevin J. Anderson, New York Times bestselling co-author of Hunters of Dune

“As much insightful social commentary as action-packed coming of age story.  All in all, an impressive debut.” —Eric Van Lustbader, New York Times bestselling author of The Testament and The Bourne Legacy

ISAMU FUKUI is a seventeen-year-old junior at Stuyvesant High School in New York City. Fukui first started writing for fun at the age of thirteen. The following year, he won a National Gold Award and a Regional Gold Key in the Science Fiction/Fantasy category of the Scholastic Art and Writing Competition. He lives in New York, New York.