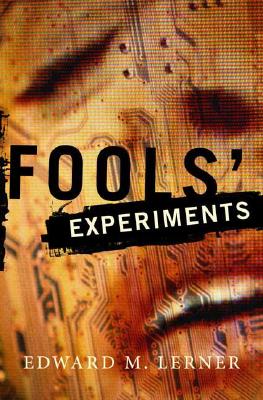 We are not alone, and it’s our own damn fault ... Something demonic is stalking the brightest men and women in the computer industry. It attacks without warning or mercy, leaving its prey insane, comatose--or dead.
Something far nastier than any virus, worm, or Trojan horse program is being evolved in laboratory confinement by well-intentioned but misguided researchers. When their artificial life-form escapes onto the Internet, no conventional defense against malicious software can begin to compete. As disasters multiply, computer scientist Doug Carey knows that unconventional measures may be civilization’s last hope.
And that any artificial life-form learns very fast ….

“A spooky cautionary tale that is part hard-wired sf and part intrigue and suspense.  A good choice for readers who prefer their sf with a heavy does of hard science along with fast-paced storytelling.”--Library Journal


“Convincingly shows the development of the electronic consciousness and its groping interaction with humanity…good science and entertaining writing make this a fast, entertaining read.”--Publishers Weekly


“Fools' Experiments is science fiction at its dazzling best, and one hell of a technothriller.”--Stephen Coonts, New York Times bestselling author of The Assassin


"Viruses and worms have come to be an important 'feature' of our network landscape. And yet this is just the beginning. In Fools' Experiments, Edward M. Lerner gives us a fascinating view of how awesome these threats could soon become."--Vernor Vinge, Hugo Award-winning author of A Fire Upon the Deep

“The age of spiritual machines is almost upon us, and Edward M. Lerner is our advance scout. He’s already been where the rest of us will soon be heading and gives us fascinating, compelling, exciting glimpses of what lies ahead. A terrific book by a terrific author.”--Robert J. Sawyer, Hugo Award-winning author of Rollback on Fools' Experiments

EDWARD M. LERNER has degrees in physics and computer science. As an engineer Lerner has led development projects for NASA and various contract work from telecommunications to national defense. His books include "Probe," "Moonstruck," and the collection "Creative Destruction, "as well as a collaborative series of Ringworld prequels ("Fleet of Worlds" and "Juggler of Worlds") with Larry Niven. He lives in Virginia with his wife, Ruth.
Loading...
or
Not Currently Available for Direct Purchase