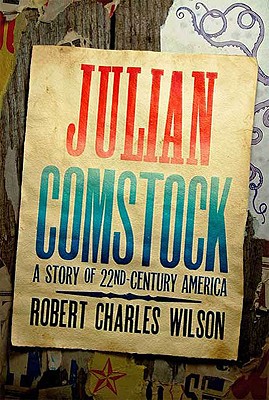 From Robert Charles Wilson, the Hugo Award-winning author of Spin, comes Julian Comstock, an exuberant adventure in a post-climate-change America.

Then out of Labrador come tales of the war hero "Captain Commongold." The masses follow his adventures in the popular press. The Army adores him. The President is...troubled. Especially when the dashing Captain turns out to be his nephew Julian, son of the President's late brother Bryce—a popular general who challenged the President's power, and paid the ultimate price.

ROBERT CHARLES WILSON was born in California and lives in Toronto. His novel "Spin" won the Hugo Award in 2006. He won the Philip K. Dick Award for his debut novel "A Hidden Place"; Canada's Aurora Award for "Darwinia"; and the John W. Campbell Award for "The Chronoliths."
Loading...
or
Not Currently Available for Direct Purchase