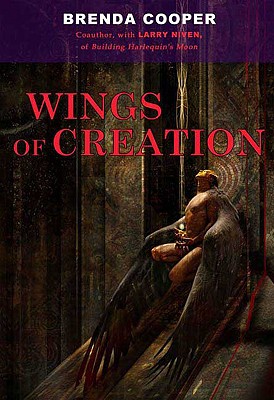 Joseph has succeeded in rescuing his sister, Chelo, from a pitched battle on the colony planet Fremont.  Now he and Chelo and the love of his life, Alicia, and all of their extended family, are finally returning home.  Halfway there, a probe intercepts them, sending them new coordinates and a message from Joseph’s enigmatic supporter and teacher, Marcus.

Joseph is wanted for escaping to save Chelo.  To stay safe, Joseph must bring his family and friends to the renowned planet of Lopali, where men and women can fly, and peace and freedom abound.  Or do they?  Alicia has always wanted to fly, but the modifications that give humans wings kill as often as they work.

Joseph must learn to actually change humans, to free the fliers of a tyranny that has enslaved them, since their species was born.  If he can do this, the fliers have agreed to help him stop the war.  But it’s not as easy as it seems.

BRENDA COOPER is a futurist who works with Glen Hiemstra at Futurist.com. She's the co-author of the novel "Building Harlequin's Moon, " which she wrote with Larry Niven. Her novel "The Silver Ship and the Sea" won the 2008 Endeavour Award. Her solo and collaborative short fiction has appeared in multiple magazines, including "Analog, Asimov's, Strange Horizons, Oceans of the Mind, "and" The Salal Review." She lives in Kirkland, Washington.
Loading...
or
Not Currently Available for Direct Purchase