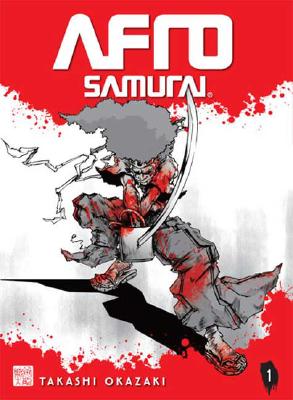 It's All About Revenge - Nothing Personal. In the bleak world of the swordsman, it is said that he who becomes the Number 1 samurai shall rule the world. And only Number 2 is allowed to challenge Number 1. Afro Samurai has assumed the mantle of Number 2, seeking vengeance against Number1, a gunman who killed his father years ago. But assassins lurk at every corner, seeking to rob Afro Samurai of the title of Number 2. Can Afro survive long enough to exact his revenge?

PRAISE FOR THE AFRO SAMURAI ANIME:

"Hip and very cool animation, in the most Quentin Tarantino of ways, highlights a story of revenge set in futuristic feudal Japan."—Washington Times

Takashi Okazaki lives in Tokyo, Japan. "Afro Samurai "is his first work published in the US.