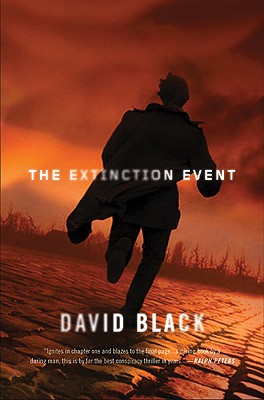 After Jack Slidell’s discovery of his law partner’s death in an apparent drug/sex killing, he and the beautiful Caroline Wonder are suddenly hurled into a race for their lives, a hair-raising odyssey filled with outrageous characters and violent suspense.  Hit men and sinister government agencies hunt them at every turn, but their quest for justice determines more than the guilt or innocence of a dead friend: the fate of the earth and humanity’s survival hang in the balance.

A page-burning, pulse-pounding chase-thriller of earth-shattering dimensions, The Extinction Event is also populated with colorful characters almost Dickensian in their energy and flamboyance. This is a book that will stick with you when you are done, a story you will remember for a long, long time.