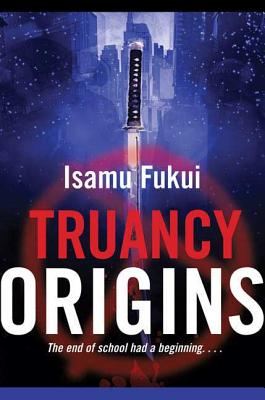 Fifteen years ago, the Mayor of the Education City was presented with an unwelcome surprise by his superiors: twin six-month-old boys. As the Mayor reluctantly accepted the two babies, he had no way of knowing that they would change the city forever .

Raised in the comfort of the Mayoral mansion, Umasi and Zen are as different as two brothers can be. Umasi is a good student; Zen an indifferent one. They love their adoptive father, but in a city where education is absolute, even he cannot keep them sheltered from the harsh realities of the school system. But when they discover that their father is responsible for their suffering, affection turns to bitterness. Umasi and Zen are thrust onto two diverging paths. One will try to destroy the City. The other will try to stop him.

“This astounding and action-packed novel by a 15-year-old New York City student is sure to appeal to adolescents everywhere…. It’s sure to be a big hit, just the kind of subversive tale YA’s recommend to each other.”--Starred review, KLIATT

“The premise of teens combating an oppressive education system will entice readers.”--Booklist

“This promising debut is ultimately a coming of age story.... Fukui was 15 when he wrote it and displays perception and profound insight unusual in someone so young. The story is entertaining while it dishes out insightful social commentary.”--Romantic Times BOOKreviews

ISAMU FUKUI was seventeen years old when his first novel, Truancy, was published to rave reviews and significant publicity, including three interviews on National Public Radio and features in The New York Daily News and Esquire.com. He lives in New York, New York.
Loading...
or
Not Currently Available for Direct Purchase