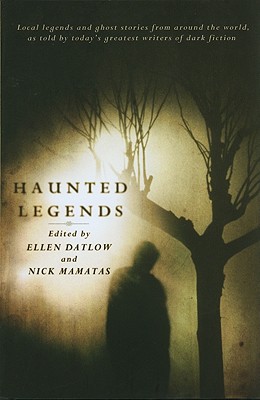 Winner of the 2010 Bram Stoker Award for Best Anthology!

Darkly thrilling, these twenty new ghost stories have all the chills and power of traditional ghost stories, but each tale is a unique retelling of an urban legend from the world over.

These twenty nightmares, brought together by two renowned editors of the dark fantastic, are delightful visions sure to send shivers down the spines of horror readers.

ELLEN DATLOW has won eight World Fantasy Awards, two Bram Stoker Awards, the International Horror Guild Award, two Hugo Awards, and two Locus Awards for her work as an editor. In a career spanning more than twenty-five years, she has been the fiction editor of OMNI and SCIFI.COM. Datlow has edited many successful anthologies, including "The Dark," "The Coyote Road," and "Inferno." She has also co-edited the "Year's Best Fantasy and Horror series, The Faery Reel, A Wolf at the Door, " and "Swan Sister." She lives in Manhattan.