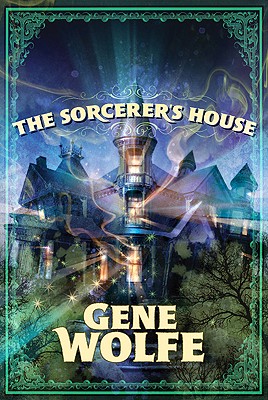 In a contemporary town in the American midwest where he has no connections, Bax, an educated man recently released from prison, is staying in a motel. He writes letters to his brother and to others, including a friend still in jail, to whom he progressively reveals the intriguing pieces of a strange and fantastic narrative. When he meets a real estate agent who tells him he is, to his utter surprise, the heir to a huge old house in town, long empty, he moves in. He is immediately confronted by an array of supernatural creatures and events, by love and danger.

His life is utterly transformed and we read on, because we must know more. We revise our opinions of him, and of others, with each letter, piecing together more of the story as we go. We learn things about magic, and another world, and about the sorcerer Mr. Black, who originally inhabited the house. And then knowing what we now know only in the end, perhaps we read it again.

Gene Wolfe is winner of the World Fantasy Award for Life Achievement, and many other awards. In 2007, he was inducted into the Science Fiction Hall of Fame. He lives in Barrington, Illinois.
Loading...
or
Not Currently Available for Direct Purchase