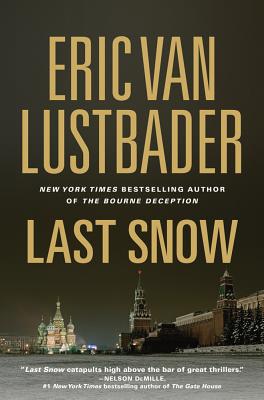 Jack McClure, Special Advisor and closest friend to the new President of the United States, interprets the world very differently from the rest of us. It’s his greatest liability, and his greatest asset.

An American senator, supposedly on a political trip to the Ukraine, turns up dead on the island of Capri. When the President asks him to find out how and why, Jack sets out from Moscow across Eastern Europe, following a perilous trail of diplomats, criminals, and corrupt politicians. Thrust into the midst of a global jigsaw puzzle, Jack’s unique dyslexic mind allows him to put together the pieces that others can’t even see.

Still unreconciled to the recent death of his daughter and the dissolution of his marriage, Jack takes on a personal mission along with his official one: keeping safe from harm his two unlikely, unexpected, and incompatible companions—Annika Dementieva, a rogue Russian FSB agent, and Alli Carson, the President’s daughter. As he struggles to keep both young women safe and unearth the answers he seeks, hunted by everyone from the Russian mafia to the Ukrainian police to his own NSA, Jack learns just how far up the American and Russian political ladders corruption and treachery has reached.

In the vein of Eric Van Lustbader’s latest bestselling Jason Bourne novels, Lustbader takes us on an international adventure in this powerful page-turner that will keep you reading through the night.

"Rarely have I read a book that grabs you so fast in the opening scene (and, oh, how it grabs!) then keeps up the pace until the very last page. Goodbye, sleep, hello, First Daughter."
--Jeffery Deaver, New York Times bestselling author of The Bodies Left Behind on First Daughter

"Lustbader is at his best when he's creating a twisted web of intrigue, violence, and double cross . . . A master storyteller."--Publishers Weekly on First Daughter "The master of the smart thriller."--Nelson DeMille, New York Times bestselling author

Eric Van Lustbader is the author of numerous "New York Times" bestselling thrillers and fantasy novels, including "First Daughter, Blood Trust, The Ninja" and The Pearl series. Lustbader was chosen by Robert Ludlum's estate to continue the Jason Bourne series, and his Jason Bourne novels include "The Bourne Legacy" and "The Bourne Betrayal." Born and raised in Greenwich Village in New York City, Lustbader worked in the New York public school system and in the music business before turning to writing full-time. He lives in Manhattan and on the South Fork of Long Island with his wife, Victoria, who is also an accomplished author. Follow him online at ericvanlustbader.com, Facebook.com/eric.v.lustbader, and on Twitter at @EVanLustbader.
Loading...
or
Not Currently Available for Direct Purchase