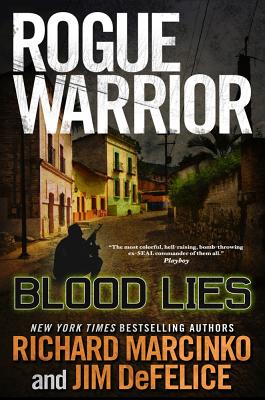 When the daughter of a retired Navy SEAL is kidnapped and held for ransom in Mexico, Rogue Warrior Richard Marcinko and his band of Red Cell International warriors head south of the border to rescue her. Along the way, they encounter drug dealers and human traffickers, break into a cartel kingpin's mansion, and do battle with a hundred of the meanest banditos since Pancho Villa. And just for good measure, Marcinko uncovers a secret Hezbollah camp funded by the Iranian government and sheltered by the drug lords.

But the founder of SEAL Team 6 finds his toughest opponent may actually be the woman he's come to rescue. And then there's the question of who really sent Dick to find her.

RICHARD MARCINKO is a living, breathing hero--he was honored with the silver star and four bronze stars for valor, along with two Navy Commendation medals. After serving in Vietnam, he started and commanded SEAL Team 6, the Navy's first Counter-terrorist command, and Red Cell, a high-level anti-terrorist unit whose exploits, fictionalized for security and legal reasons, have formed the basis of his novels. Besides an active speaking and consulting calendar, Marcinko keeps his hand in the field as the president of a private international security company. He lives in Warrenton, Virginia. JIM DeFELICE is the author of many military based thriller novels and is a frequent collaborator with Stephen Coonts, Larry Bond, and Richard Marcinko, among other New York Times bestselling authors. He lives in New York.

“The most colorful, hell-raising, bomb-throwing ex-SEAL commander of them all.”
—Playboy

“The appeal of this series lies in Marcinko’s sense of humor mixed with traditional thriller elements, creating a laugh-out-loud read that somehow melds the wackiness of Janet Evanovich with a military thriller a la Clancy.”  —Booklist

“Founder of the elite ‘SEAL Team 6’…that many believe led the assault on bin Laden’s compound.”
—The Washington Post