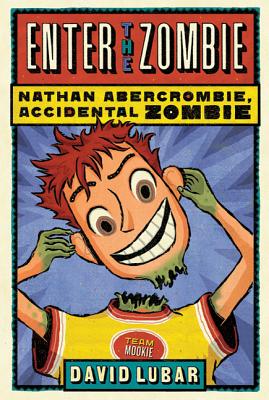 When Mr. Murphy finds out that evil organization RABID is using a student academic and athletic competition to recruit agents, he asks Nathan, Abigail, and Mookie to form a team and enter the contest. Things go terribly wrong when Nathan's nemesis, Rodney the bully, forms his own team to go up against Nathan. Soon Rodney and his pals start to notice some very odd things about Nathan. Will they discover Nathan's secret and expose his zombie identity to the entire world?

“The over-the-top narrative will appeal to readers who like their humor twisted, and might even have some wishing that they, too, could be a half-dead zombie.” —Publishers Weekly on My Rotten Life