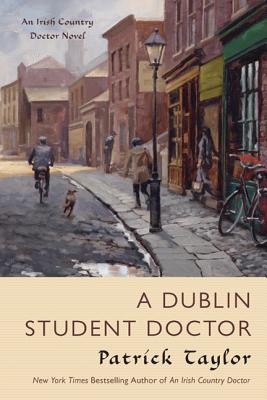 Patrick Taylor's devoted readers know Doctor Fingal Flahertie O'Reilly as a pugnacious general practitioner in the quaint Irish village of Ballybucklebo. Now Taylor turns back the clock to give us a portrait of the young Fingal and show us the pivotal events that shaped the man he would become.

In the 1930s, fresh from a stint in the Royal Navy Reserve, and against the wishes of his disapproving father, Fingal O'Reilly goes to Dublin to study medicine. Fingal and his fellow aspiring doctors face the arduous demands of Trinity College and Sir Patrick Dun's Hospital. The hours are long and the cases challenging, but Fingal manages to find time to box and play rugby and to romance a fetching, gray-eyed nurse named Kitty O'Hallorhan.

Dublin is a city of slums and tenements, where brutal poverty breeds diseases that the limited medical knowledge of the time is often ill-equipped to handle. His teachers warn Fingal not to become too attached to his patients, but can he truly harden himself to the suffering he sees all around him or can he find a way to care for his patients without breaking his heart?

"A Dublin Student Doctor "is a moving, deeply human story that will touch longtime fans as well as readers who are meeting Doctor Fingal O'Reilly for the very first time.

Praise For A Dublin Student Doctor…

Praise for Patrick Taylor:
“Taylor…is a bang-up storyteller who captivates and entertains from the first word.”
--Publishers Weekly on An Irish Country Girl


“The cozy village of Ballybucklebo and its eccentric inhabitants make the holidays bright.”
--Library Journal on An Irish Country Christmas


“Quietly, almost surreptitiously, Patrick Taylor has become probably the most popular Irish-Canadian writer of all time.”
--The Globe and Mail