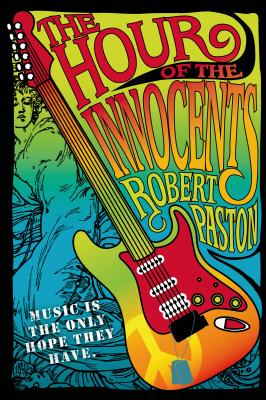 The Hour of the Innocents

1968. Vietnam. Social turmoil. Drugs. "Music."
""
""Four young musicians are determined to escape a ravaged industrial landscape by playing rock and roll...and they play it with a passion and brilliance that contrasts with their poverty. Music is the only hope they have.

Set against a fleeting age when music seemed about to change the world, Robert Paston's" The Hour of the Innocents" tells the story of the band known as The Innocents and captures the true drama of the late 1960s not the glitter of famous names, but the yearning of the heartland guitarists and drummers who "believed "and the lovers, friends, and lives crushed along the way.

A self-described "psychedelic relic," ROBERT PASTON has pursued a varied, adventurous, and satisfying life (and was sometimes pursued himself along the way). He now lives and writes under tall trees with his saintly wife and a few good guitars--including an old Les Paul.
Loading...
or
Not Currently Available for Direct Purchase