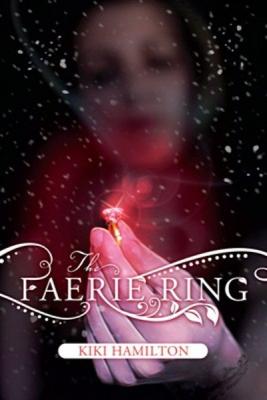 The year is 1871, and Tiki has been making a home for herself and her family of orphans in a deserted hideaway adjoining Charing Cross Station in central London. They survive by picking pockets. One December night, Tiki steals a ring and sets off a chain of events that could lead to all-out war with the Fey. For the ring belongs to Queen Victoria, and it binds the rulers of England and the realm of Faerie to peace. With the ring missing, a rebel group of faeries hopes to break the treaty with dark magic and blood Tiki's blood.

Unbeknownst to Tiki, she is being watched and protected by Rieker, a fellow thief who suspects she is involved in the disappearance of the ring. Rieker has secrets of his own, and Tiki is not all that she appears to be. Her very existence haunts Prince Leopold, the Queen's son, who is driven to know more about the mysterious mark that encircles her wrist.

Prince, pauper, and thief all must work together to secure the treaty .


Praise For The Faerie Ring…

“The story keeps suspense high with one crisis after another, until it escalates into a final exciting showdown. An entertaining magical-historical adventure.”  —Kirkus Reviews

“In this Victorian orphan story with a twist, Hamilton places the conflict between humanity and the Seelie and Unseelie courts in a new time period, neither medieval nor modern. Tiki is an engaging heroine and, while the novel concludes satisfyingly, the door is definitely left open for further tales.”—School Library Journal

KIKI HAMILTON lives in Olympia, Washington, with one daughter, one dog, one husband, and sixteen koi. She also blogs at The Enchanted Inkpot. The Faerie Ring is her first novel.
Loading...
or
Not Currently Available for Direct Purchase