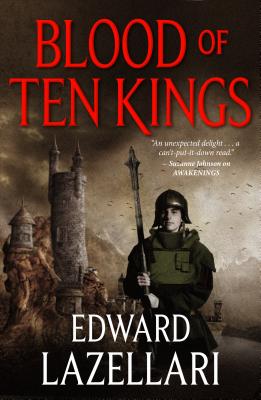 The Guardians return to their reality, ill-equipped to fend off Farrenheil's invading soldiers, which have saturated the kingdom. Daniel and Seth must vanquish ancient ghosts to claim the powers of their birthrights even as Cat MacDonnell fights to retain her husband against a kingdom that would rather see Callum wed to Chryslantha Godwynn.

Their fellowship broken, Seth, Catherine, Callum, and Daniel must deftly navigate the dangers of Aandor or face oblivion at the hands of their enemies.

"Lazellari's debut fantasy foretells a promising career. Read Awakenings and get in on the ground floor with a great new writer." —Glen Cook

"This solid debut will appeal to fantasy fans looking for familiar bones under a modern skin." —Publishers Weekly