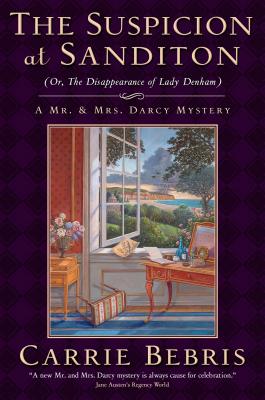 In Sanditon, along with their friend Miss Charlotte Heywood, the Darcys encounter an array of eccentric inhabitants that includes: Mr. Thomas Parker, an enthusiast determined to develop the quiet coastal village into a popular seabathing resort; Sir Edward Denham, an impoverished baronet with more sensibility than sense; and Lady Denham, a childless, twice-widowed dowager with a fortune to bequeath and a flight of distant relations circling for a place in her will.

When Lady Denham goes missing, most assume one of her would-be heirs has grown impatient. But when other ladies disappear one by one, it seems that some resident menace threatens not merely an individual widow, but the entire village. Does a serial kidnapper lurk in Sanditon, or is an even more sinister force at work? Mr. and Mrs. Darcy find themselves drawn into a frantic effort to discover what has happened to the missing women, before Miss Heywood-or Elizabeth herself-becomes the next target.