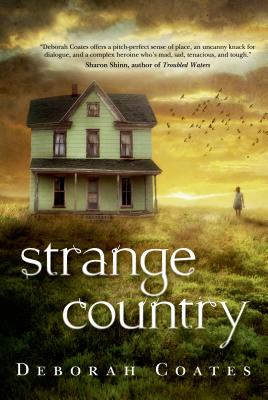 After facing Death himself and banishing a reaper bent on the destruction of Sheriff's deputy Boyd Davies, Hallie Michaels had hoped things would finally settle down; that she and Boyd would find more time to spend together, and that the ghosts she attracts would stay in the cemeteries where they belong.

But on a wintry night in mid-December, a woman is murdered with a high-powered rifle. Not long after, another of West Prairie City's citizens is killed in exactly the same way, drawing the attention of state investigators. But the connection between the victims is not easily uncovered.

Meanwhile, Hallie finds a note tied to post outside her home. ""What do you fear most?"" it asks, accompanied by a set of map coordinates. Over the next few days she receives an anonymous phone call, and a letter left for Hallie at the local ag supply. All pose the same question and offer the same set of coordinates. The mystery deepens, and Hallie must solve it before the body count rises again, in "Strange Country "by Deborah Coates.

"Magic blows through Deborah Coates' Wide Open like the violent thunderstorms of the high plains.  This contemporary fantasy is the very best of its genre, from its cinematic landscape, to the compelling twists of the plot, to the building relationships between characters that leap off the page to live in the imagination.  Very, very highly recommended.  The best contemporary fantasy you'll read this year."

is a good read—full of sound and fury, ghosts and fire.  A tough, tenacious heroine who relies on guts and brains rather than awesome cosmic superpowers.  I loved it.  Deborah Coates is a storyteller in the best sense of the word.”
—Patricia Briggs, New York Times bestselling author

“[The setting] sticks with you, and the lead character of Hallie does too. . . .  Compelling.”
—Kendare Blake, author of Anna Dressed in Blood

“A story about the sense of community and steadfastness present in the Midwest. . . . In times of trouble, we turn to one another and show our true (and hopefully best) selves. Coates captures this beautifully.”
—The Gazette (Cedar Rapids, Iowa)

DEBORAH COATES lives in Ames, Iowa, and works for Iowa State University. She is the author of Wide Open, Deep Down, and Strange Country. Her short fiction has appeared in Asimov's and Strange Horizons, as well as Year's Best Fantasy 6, Best Paranormal Romance, and Best American Fantasy.
Loading...
or
Not Currently Available for Direct Purchase