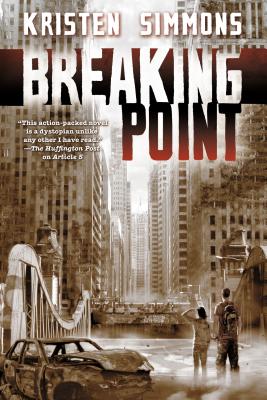 After faking their deaths to escape from prison in Article 5, Ember Miller and Chase Jennings have only one goal: to lay low until the Federal Bureau of Reformation forgets they ever existed.

Kristen Simmons has a master's degree in social work and is an advocate for mental health. She lives with her husband, Jason, and their precious greyhound Rudy in Cincinnati, Ohio. Her popular books include the Article 5 trilogy, The Glass Arrow, and Metaltown.