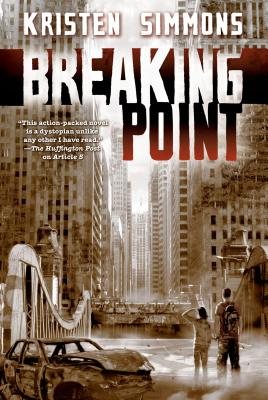 After faking their deaths to escape from prison, Ember Miller and Chase Jennings have only one goal: to lay low until the Federal Bureau of Reformation forgets they ever existed.

Critically-acclaimed young adult author of more than a dozen books, including the Article Five trilogy, The Deceivers series, and The Glass Arrow, KRISTEN SIMMONS’ writing is inspired by her work with trauma survivors as a mental health therapist. She currently lives with her husband and son in Cincinnati, Ohio, where she spins stories, herds a small pack of semi-wild dogs, and teaches Jazzercise. To learn more, join her circle on IG at @Kris10Writes, or at her website & newsletter at KristenSimmonsBooks.com.
Loading...
or
Not Currently Available for Direct Purchase