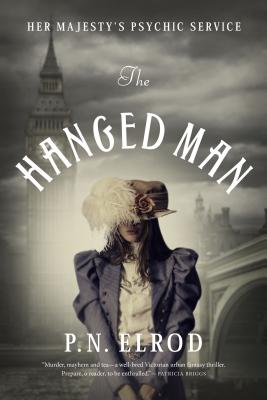 On a freezing Christmas Eve in 1879, a forensic psychic reader is summoned from her Baker Street lodgings to the scene of a questionable death. Alexandrina Victoria Pendlebury (named after her godmother, the current Queen of England) is adamant that the death in question is a magically compromised murder and not a suicide, as the police had assumed, after the shocking revelation contained by the body in question, Alex must put her personal loss aside to uncover the deeper issues at stake, before more bodies turn up.

Turning to some choice allies—the handsome, prescient Lieutenant Brooks, the brilliant, enigmatic Lord Desmond, and her rapscallion cousin James—Alex will have to marshal all of her magical and mental acumen to save Queen and Country from a shadowy threat. Our singular heroine is caught up in this rousing gaslamp adventure of cloaked assassins, meddlesome family, and dark magic.


Praise For The Hanged Man…

"This well-constructed novel will please fans of alternate history, fantasy, and mystery."—Publishers Weekly

P.N. Elrod is the editor of Dark and Stormy Knights, Strange Brew, My Big Fat Supernatural Honeymoon and My Big Fat Supernatural Wedding, which won the 2006 Pearl Award for best anthology. She is the author of many novels, including the Vampire Files Series, as well as numerous short stories. In 2010, she was nominated for a Romantic Times Career Achievement Award for urban fantasy, and she is the winner of the Pioneer Achievement Award. Elrod loves meeting readers at science-fiction conventions all over the country. She has two dogs—Sasha and Megan—and an incurable addiction to chocolate. She lives somewhere on another planet, but maintains a convenient citizenship in the state of Texas for tax purposes.
Loading...
or
Not Currently Available for Direct Purchase