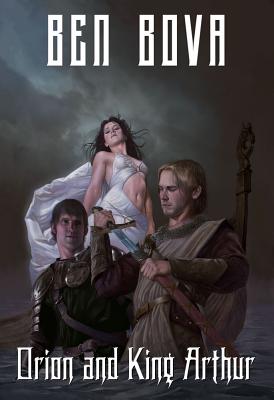 Orion has fought across time and space at the whims of his Creators, godlike beings from the future who toy with human history like spoiled children playing with dolls. Orion has been both assassin and hero, all the while striving to be reunited with Anya, the ageless goddess who is his one true love.

Now Orion finds himself in Britain in the years after the Romans abandoned the island kingdom. Minor kings and warlords feud among themselves even as invading hordes threaten to sweep over the land. There Orion befriends a young warrior named Arthur, who dreams of uniting his quarreling countrymen and driving the invaders from their lands. Along with a few brave comrades, Arthur hopes to the stem the tide of barbarism and create a new era of peace and prosperity.

But Orion's Creator, Aten, has other plans for the timeline. Arthur's noble ambitions interfere with Aten's far-reaching schemes to reshape history to his own ends. He wants Arthur dead and forgotten but Orion does not.

Orion will battle the gods themselves to see that Arthur fulfills his destiny. But can even he save Arthur from the tragedy that awaits him?


Praise For Orion and King Arthur…

"Orion is rip-roaring science fiction…tightly constructed and fast moving"
—Science Fiction Chronicle "One of the best SF military series around."
—VOYA on Orion Among the Stars “Non-stop action and mind-bending concepts combine to make Orion absolutely unforgettable…. Bova brings it to life on a canvas spread over time and space.”
—Isaac Asimov

BEN BOVA is a six-time winner of the Hugo Award, a former editor of Analog, former editorial director of Omni, and past president of the National Space Society and the Science Fiction Writers of America. Bova lives in Florida.
Loading...
or
Not Currently Available for Direct Purchase