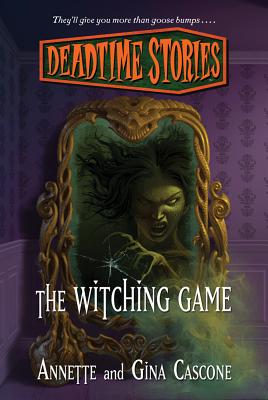 "Bloody Mary." It was just a silly wishing game one that Lindsey and her friends had played a hundred times before, in front of a dozen different mirrors. The game never worked. It wasn't supposed to. But when they play "Bloody Mary" in front of a strange antique mirror, the game quickly turns into a nightmare One by one their wishes start coming true, with horrifying results. Something evil is lurking behind the looking glass and Lindsey learns much too late that wishes don't come free and that "Bloody Mary" is definitely not just a game


Praise For The Witching Game…

"Twisted Sisters" Annette and Gina Cascone have written more than twenty-eight books and two movies together. Their books include the Deadtime Stories series for middle-grade readers as well as young adult thrillers. They have also produced and written numerous treatments and books for series packagers such as Parachute Publishing, where they worked on the mega-successful Goosebumps series by R. L. Stine. They both live in Central New Jersey.
or
Not Currently Available for Direct Purchase