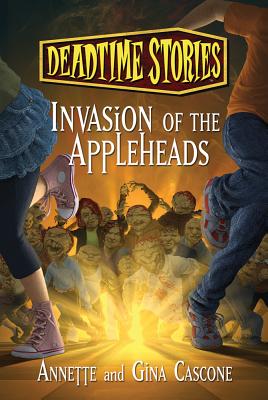 Invasion of the Appleheads (Hardcover)

Katie and Andy Lawrence thought moving to a new town especially one named Appleton was awful enough. They were wrong. When their parents take them to Appleton's famous apple orchard for a haunted hayride, weird things start happening.

The ghouls who haunt the orchard seem spookily real. The kids they see are acting very strangely, like robots or zombies. Then Mr. and Mrs. Lawrence disappear and in their place, Katie and Andy find creepy shrunken applehead dolls

"Twisted Sisters" ANNETTE and GINA CASCONE have written more than twenty-eight books and two movies, including the successful Deadtime Stories, which are being filmed as a live-action feature series. The sisters live in Central New Jersey.

Praise For Invasion of the Appleheads…